This Amazing World: Everest and other triumphs of the human spirit 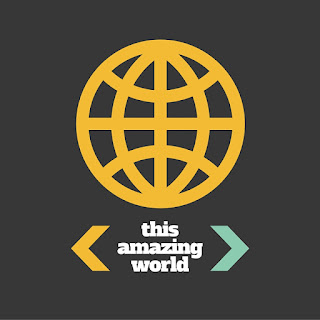 A few weeks ago there were two big mountain-climbing stories in the news. One of two fun friends live-chatting their way up Everest. The other of a guy reaching the Grand Slam of mountaineering.

This post could probably have been just a mountain-climbing-themed Friday Five, but the stories reminded me of an old episode of Sports Night.

And these pieces started to say something more about life and the world and the way we make our way through it.


Sports Night: The Quality of Mercy at 29k


Aside from my crazy desire to send the characters a copy of 'When Helping Hurts' or 'Toxic Charity', I just love this episode. For so many reasons.

For all our faults, and for all the terrible things about living in a fallen world, we humans can be pretty amazing. We climb mountains. We reach out to people in need. Art. Science. Music. Math. Discovery. Adventure. Protecting and defending the weak.

There is a real danger our culture is facing -- becoming increasingly divided, angry, and toxic.

We are a world in need of hope. And lots of it. Every day. From all sorts of places. And even more than that, we need to be able to recognize goodness for what it is, and not tear it apart just in case it isn't the perfect version of goodness we think it should be.

To paraphrase the story: Reach out to people. Make real connections. As much and as often as you can.

In a world in which so much is wrong, Look at what we can do.

There's really no limit to what we can do.You know what the trick is? get in the game

Look at what we can do.

The last time I was home, I picked up a magazine from the study, and found a wonderful interview with Edmund Hillary. (For the record, it still lives where I found it. It has not been pilfered, though I admit I was tempted.)

In it, he talked about how his life unfolded. The challenges he'd taken on, and all the fear, work, and basic ordinary miserable discomfort of doing incredible things.

Most of all, I loved this:


When I was 50 years old, I actually decided to draw up a list of half a dozen things that I really hadn't done very well, and I was going to make efforts to improve.

Mostly adventurous activities I wanted to do in the Himalayas, in Antarctica. I was successful, actually, on all the projects. Even when you're 50 you can make the effort to improve your standards.


I didn't visualize myself becoming a renowned mountaineer. It happened gradually.

I'm inclined to think that happens to a lot of people. Very few suddenly decide they're going to be a world champion at something.

I loved the interviews because of their sense of humor and friendship.

But I think their story is made more powerful by the fact that one was not able to reach the summit.

The decision to turn around, being able to see the summit and the breaking point and make the difficult choice. Getting so close to the finish line and then being forced home. And now, getting ready to find another mountain and do it all again.

At summer camp, if a camper was not able to achieve the rank they were trying for, they received the rank of Trekker, and it was an acknowledgement of the hard work, perseverance, and lessons learned in the attempt.

I have the ridiculous feeling that someone should send Adrian a light blue honor band. But then that's girl's camp, and I'm not sure what secret stuff went on at boys camp when the guys didn't make Little Chief.

They also talk about the reality of climbing a mountain that big. Not an adrenaline-fueled sprint, but a marathon of preparation and work.

Driven in part by the need to push through an accident in 2008 left 25% of his body burned.


The pain he endured through his recovery, he says, taught him something about himself. Pushing his body to its limits gave him a sense of accomplishment like nothing else.

The world is a mess. We are a mess. But there is also hope and goodness and strength of spirit. And these should not be so easily discarded.

Look at what we can do.

Email ThisBlogThis!Share to TwitterShare to FacebookShare to Pinterest
Labels: TAW