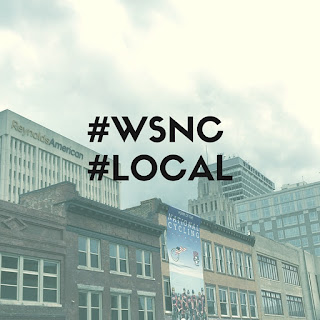 In the 2014 election, there were what seemed like a ton of city bond proposals on the ballot.

So I was curious and wanted to check in... what's the progress, how is the money being spent, and it looks like there are some new county proposals on the horizon, so where do they fit in?

There is an awesome navigator to look at how the proposals have been implemented in each Ward online at this link. And the summary is at this link.

But I kindof took a detour and started looking at the upcoming bond proposals that might be on the ballot this go-around. These are from the County, not the City, and it should be interesting to see what makes it to the voters, and whether voters will be influenced by having just past a set of bonds from the City.

Forsyth Tech: $65 - $70 Million*
*depends on whether a state bond package is passed
$8 million for main campus renovations
$18 million to renovate the former WSFCS Career Center
$21 million to replace the current library with a Learning Commons with meeting rooms, study space, maker spaces and more.
$6.4 million for an additional facility for auto-tech and racing-tech programs and other needs.
$16.6 million to create an aviation center near Smith Reynolds Airport.

Parks and Rec: $10 million
$3 million for upgrades at Tanglewood Park
$800,000 to replace or add playgrounds at various parks
$850,000 for master plan projects for Horizons Park
$5 million to build an agricultural multi-use event center in a county park.
$300,000 complete the Triad Park section of a Piedmont greenway.

Winston-Salem/Forsyth County Schools: $325.8 million*
*Expected. Proposal has not yet been submitted.

SciWorks and Children’s Museum: $25 million
To build a joint museum off Third Street on the old sheriff’s office property.

County courthouse $82.5 million or $120 million*
*Expected. Proposal has not yet been submitted
To either expand or build a new county courthouse. Estimates due in April.

According to new debt-capacity models presented Thursday, the commissioners could issue anywhere from $263.1 million to $579 million in bonds over several years, with the corresponding increase to the property tax rate ranging from 4.5 cents to 9.7 cents.