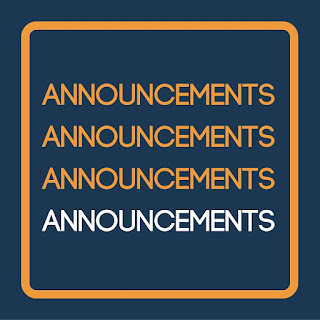 Exciting day on the blog, I'm so glad you could make it!

There's a project I've been working on for a while that's finally ready for first launch.

I'm pretty excited about it, and if you want to jump straight to the end, you can check it out at:

If you're interested in what it does and how it came to be, here's the background:

It's no secret that there is a ton of hype surrounding gluten-sensitivity. The last thing I want to do is open up a can of controversy, I can only tell my own story.

When I had my first major episode of this mysterious illness, I lost all the feeling on my right side along along with crazy burning pins and needles and motor control issues in my right hand and foot... 3 days later I was hit with the migraine to end all migraines that lasted for 10 days straight.

All of this -- the numbness, the migraines, the pins and needles -- all of it lasted for 6 solid weeks as my doctors tried to treat it as "complex migraine" and/or "stress". None of the migraine preventative medicine worked At All, so at around 6 weeks in, I decided that I would figure out what the heck was triggering them since I knew that it was not red wine, almonds, or "stress".

Working backwards, I realized that right before this happened, I had quadrupled the amount of dairy I was eating due to a combination of wisdom-teeth-surgery-recovery (aka: ice cream) and healthy-breakfasting (Greek yogurt).

So I stopped eating dairy, and within a week it was like someone had turned the volume down on all of my symptoms. I could finally breath and open my eyes and could almost think straight. Almost.

Then, in another act of desperation, I gave up gluten, and again got just a little bit better.

At first, it was just a loose theory so I was not very vigilant about it -- ordering regular salads and picking off the croutons, etc... it took months of gradually becoming more and more careful until I was finally ready to admit that I was, in fact, incredibly sensitive.

Eliminating gluten and dairy hasn't been a miracle fix. I still have many symptoms that I live with day to day, but it has brought me back to an almost-functional state. Not even close to being 'well', but well enough to get some momentum and establish a sort-of normal, even if it's a different normal than before.

I realize there is no medical explanation for why trace amounts of dairy and gluten could cause such crazy problems. And believe me I know that the world of gluten-sensitivity is fuzzy at best and downright nuts at worst.

I can only tell you that I have been accidentally hit, without my knowledge, on numerous occasions, and had severe reactions. And that there is a pattern to the symptoms that are triggered that makes it clear that they are somehow linked.

I don't blame you if you're not convinced, I can only say, as a person who has not had a real pizza in two years, I would love to be wrong. But in the meantime, I'm open to anything that helps keep my symptoms under control.

So... Having established that I'm trying to avoid gluten and dairy with Celiac-level ruthlessness...

One by-product of my gluten and dairy avoidance is that it has made me more aware of what Celiac and traditional-allergy-suffering folks deal with in order to stay well.

It turns out that while it's a pain in the neck to find food that's okay to eat, there are some shortcuts that make it a little easier, like looking for Gluten-Free Certified and Kosher labels. (And, of course, cooking everything at home, which is my usual route.)

But figuring out ingredients in medicine - over the counter, or prescription - is a huge pain in the neck. You have to go shelf by shelf, label by label, and there are many different ways that gluten or dairy can be hiding. Even the pharmacist will have to call the manufacturer, and it is a big pain to wait at the counter while they look up the info every time I pick up a prescription.

Using the API from Pillbox, which is a project hosted by the National Institute for Health and National Library of Medicine, I was able to come up with a way to search for allergen ingredients in different medications.

One search. Everything I need to know about what's in my medicine.

Well, almost everything. There are some ingredients that are a little fuzzy: "Starch" could be corn or gluten or rice or something else. And it won't tell you if there's been cross-contamination.

But it's a place to start.

It's a long list, and the app is a work in progress, but it's a pretty solid, stable version 1.0[beta], so I wanted to go ahead and share.

Check it out, and let me know what you think!